P. James-THE HOUSE ON COLD HILL. Desperately looking for a comfort zone in a haunted house

“Moving from the heart of Brighton and Hove to the Sussex countryside is a big undertaking for Ollie and Caro Harcourt and their twelve-year-old daughter Jade. But when they view Cold Hill House – a huge, dilapidated Georgian mansion – Ollie is filled with excitement. Despite the financial strain of the move, he has dreamed of living in the country since he was a child, and he sees Cold Hill House as a paradise for his animal-loving daughter, the perfect base for his web-design business and a terrific long-term investment. Caro is less certain, and Jade is grumpy about being separated from her friends.

Within days of moving in, it becomes apparent that the Harcourt family aren’t the only residents of the house. A friend of Jade’s is the first to see the spectral woman, standing behind her as the girls talk on FaceTime. Then there are more sightings, as well as increasingly disturbing occurrences in the house. As the haunting becomes more malevolent and the house itself begins to turn on the Harcourts, the terrified family discover Cold Hill House’s dark history, and the horrible truth of what it could mean for them . ..” Backcover Synopsis

The House on Cold Hill  by Peter James is a Christmas gift from Vera. She wants to share with me her special interest on ghost, mystery and crime stories. In fact, Vera loves James’s books. She read some and she would also like to see his plays at theatre. In April Not dead enough by Paul James will be performed in Coventry and she would really love to go and see it! Will she be able to go?

Vera, just like Jade, is a teenager who has recently moved to a new house in a new town. Is this one of the reasons why she loves this novel so much? I suppose it is. She sympathizes with Jade because she probably understands all her problems with the new school, the new environment and the nostalgia for the friends she had left. On each page of the book I have imagined her  reaction to the unexpected, frightening events occurring to the Harcourt family,  desperately struggling against the devilish new house on Cold Hill. 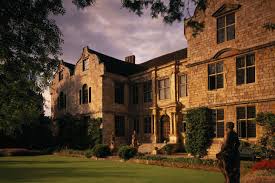 Ollie Harcourt has dreamed of living in a house like that since he was a child, now he is offered the chance of making his dream come true. He is the happiest man on earth: he has a wonderful wife, a marvellous daughter, a well paid job, a superlative house. But something horrible is going to happen, which will progressively turn his dream into the worst nightmare ever imagined. 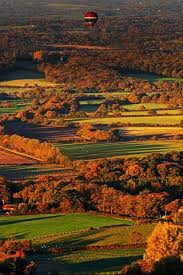 The House on Cold Hill is a modern ghost story, full of interesting references to TV most succesful series like Breaking Bad) Youtube videos shot by teenagers in search of their “pop” identity, IT smart jobs, smart websites, malicious e-mails, all giving a touch of contemporaneity to a story where, on the other end, the terror felt by the protagonists is timeless. In spite of the somewhat diluted rhythm bringing the narrative to its climax, the “loop” structure of the story is definitely interesting and effective.